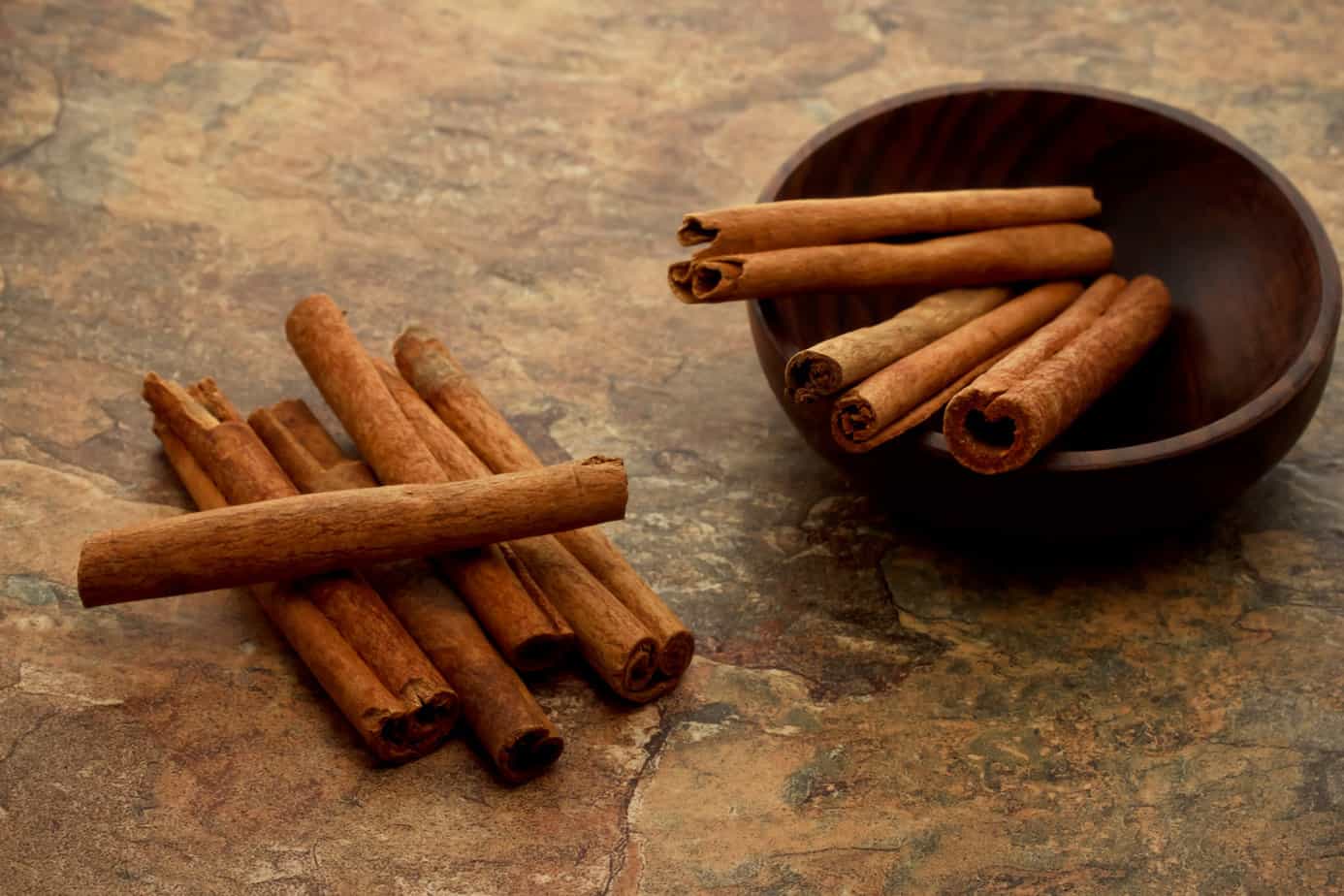 Cinnamon is spicy — but in a different way than chili peppers. While the spiciness of chili peppers largely comes from a chemical called capsaicin, cinnamon contains very little capsaicin.

So, why is it spicy then?

Cinnamon has two compounds, in addition to trace amounts of capsaicin, that make it spicy: cinnamaldehyde and eugenol. The combination of the three — a small amount of capsaicin, cinnamaldehyde, and eugenol make cinnamon taste spicy and feel burning in your mouth, and when inhaled cinnamon causes an intense cough reflex and runny nose.

You’ll notice these symptoms if you see videos of the “cinnamon challenge” which has gone viral on multiple occasions. The cinnamon challenge involves consuming one tablespoon of cinnamon powder without any water for 60 seconds.

Where does cinnamon land on the Scoville scale?

One of the most popular questions when talking about any type of spicy food is, what is its Scoville rating (SHU)? The Scoville scale is a popular way to quantify just how spicy something is, and it’s fun to compare and contrast different chili peppers and hot sauces to understand how they stack up against one another.

While cinnamon is undeniably spicy, it would not rank on the Scoville scale. That’s because Scoville Heat Units is measuring the dilution of capsaicin, which cinnamon has only small amounts of. So, cinnamon would likely have a Scoville rating of 0, yet it’s still a spicy ingredient. Similarly, the Scoville scale will not measure spicy foods like horseradish and wasabi, which also don’t contain capsaicin. Cayenne is one of the best-known chili peppers around the world, which makes it a popular choice for hot sauce! There are a number of mass-manufactured cayenne hot sauces, as well as hundreds of recipes that you can make from home. How hot are cayenne peppers? Cayenne peppers are around 30,000-50,000 SHU, making them significantly… There are a variety of situations where you might consider applying cayenne pepper to your yard. Cayenne pepper is high in capsaicin, which is the chemical compound that makes chili peppers spicy. And after all, chili peppers developed this spice to deter it from being eaten — so many people apply cayenne to their yard… A bite of raw onion will instantly have your tongue burning and your eyes watering. But onions aren’t the “same kind” of spicy as chili peppers — so what makes them so hot? Do onions have capsaicin? Onions do not have any capsaicin. In fact, there are very few plants or vegetables other than chili…